No self-respecting athlete ever enters a competition just to say he was just there. I am not an Olympic athlete, not even close, but I know by the hours and years, the self-discipline of training, the restricting your diet to eat what will enable you to perform the best possible on the day of the race. One enters the race to win it.

It doesn’t matter what di 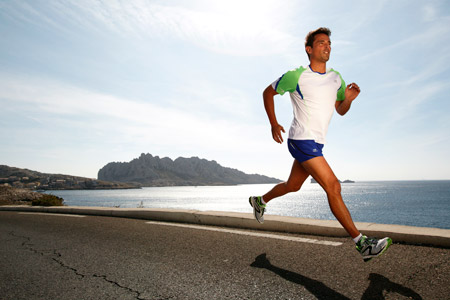 scipline you train for, be it a 100 meter sprint or the marathon, or something in between, the goal is to win the prize at the end of the day. The great tragedy is when a runner is eliminated by an error that was totally in his control to be able to change. Many Canadians will remember the year (1988) when Ben Johnson apparently won the Gold Medal in the 100 meter race. Tragically, it was discovered later that Ben was disqualified by something that was totally under his control to deny. No one forced him to take a drug stimulant to race faster, he had total freedom to take it or to say no to the temptation. The choice was his to make. Today, he lives with the consequences of his decision.

That tragedy is repeated by many who have begun the race of the Christian life. The word picture of an Olympic athlete is used by the Biblical author, Paul, to compare the running of a race to the Christian experience.  In 1 Corinthians 9:24-27, Paul borrows this vivid picture to talk about the ministry that God had given to him. He could demanded better conditions (9:1-23) in which to exercise that ministry but he would rather have suffered loss than violate the spirit of the Gospel. He was under divine order to live by the gospel that he faithfully proclaimed. He refused to take advantage of it and in doing so, he preserved the spirit of the Gospel.

Paul realized that, just like an Olympic race, only one person gets the prize. He did not want to be like one who would be eliminated because of an error of a lack of discipline or thinking of himself first. Unfortunately, it is so easy for us to think of ourselves first and our needs. As we live in this world, we are drawn to those things that would disqualify us from running the race. We are deceived into thinking that no one will find out.

The Gospel of Jesus Christ is all about grace, grace that is given to sinners who deserve the wrath of God! Somehow along the line those who live by the Gospel start to think that the race is about them. They think that they “deserve” certain things, after all, look at the sacrifice they have made to get where they are! Like Paul, we need to park our lives beside the grace of God and remember from whence God has saved us and why.

The deception of sin is just that, deceptive. It promises something that it can never deliver, you would think those of us who teach and preach the gospel would know that. As we run the race of serving God on a daily basis don’t give into the temptation to think you or I are not in need of the Gospel! Paul says “I discipline my body and keep it under control,[b] lest after preaching to others I myself should be disqualified,” (1 Cor. 9:27).

Let’s run the race God has given to us to win the race!

Hello! Thank you for dropping by to check out the blog! My goal is not to pretend to be an expert but rather to be an encouraging companion on the road of life! If what you read is helpful to you, please share with others who you know could use some encouragement! God bless! View all posts by Pastor Bill Finch