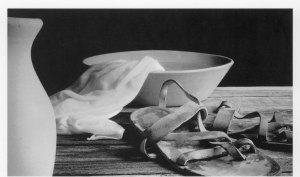 I have never recovered from it.  A real live example of what the Bible talks about in regards to serving one another. I had just become a Christian, and the youth group from the church was heading up to Algonquin Park in Ontario, Canada. What a gorgeous place it is! Wow! As we prepared to embark on our “Canoe Camp” for 5 days, our group prepared the food we would need. END_OF_DOCUMENT_TOKEN_TO_BE_REPLACED 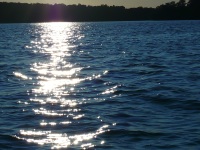 I will never forget it.  An example of being a servant that was so clear, so humble in its character that it has defined for me what this principle is all about.  Our church youth group was going on a camping and canoeing trip to a park in Northern Ontario, almost the most beautiful spot on the planet.  As we prepared for that trip we thought it a good idea to open cans of stew and pour the contents into zip lock baggies and iron them shut.  It seemed like a good idea at the time because we would not have to carry cans in our backpacks, which were prohibited anyway.

As we paddled the first couple of days, we were having a great time, canoeing and camping and all that goes with it, those wonderful portages of 1000 meters!  Great times!  Whew!  But by the third day as we were with much delight enjoying our stew, I began to not feel so well!  And as night approached a thing called food poisoning had its grips on me.  If you have ever been to one of those parks you will recall that the “facilities” yes…those facilities, are not exactly like those in a 5-star hotel.  Not at all, really!  As I began to “lose” my dinner and a few other meals, I had never felt so horrible.
When this occurs, one does not feel exactly ready to tidy up as it were.  Here is where the servant part comes in, our Youth Pastor, in discovering my situation, begun to clean the outhouse where I had lost it all.  As far as I know, he did not get a raise in pay for that, he did not get a job promotion but he did serve from his heart of love for the Lord!   The story of Jesus washing the feet of the disciples in John 13 is equally as shocking.
What was it that caused Jesus to do the task of a servant?  Why would he bend down and wash stinky, dirty and even ugly feet?  He was about to fulfill the assignment for which God had sent Him to earth, to die on the cross for the sin of the world.  This rag tag group of His followers needed to understand that being in leadership didn’t mean that they were at the top of the food chain having others serve them!  They needed to serve one another, they needed to humble themselves and follow the example of Jesus.
Too often in Christian circles we are looking to be served instead of serving.  We are many times like those disciples who, while the Lord was facing the cross and the fulfillment of God’s plan, were arguing about which one of them would be the greatest in the Kingdom!  Unbelievable!  We want the best seats; we want others to wait on us!  How different Jesus is!  For those who belong to Him the way up is down, the way to be a leader is to be a servant of all!
I don’t know about you, but I am challenged in the way I live my Christian faith every time I look at the life of Christ.  What an example He has set for us!  I wonder if the world would notice if our churches were filled with people who first were looking to serve instead of being served.  I think so.  As we proclaim the wonderful grace of Jesus may we do so in such a captivating way through our service to one another and our service to those around us, that people would seek the Lord because of the radical difference He has made in our lives.